As part of the Art + Tech residency with Space Studios, London (which they have kindly allowed me to do while continuing to “reside” in lockdown in Sheffield) I’m getting my head around LED embroidery at the moment, with the view to creating a very large piece this year for the Cis Penance interactive portraits project. I feel like I’ve got my head around the very basics now – what can electroconductive thread do as a material that both makes attractive shapes and also forms part of a system? How do some different ways of fixing traditional LEDs to fabric compare to one another? I learned quickly that improvising a circuit on-the-fly doesn’t work very well for me – even with this very simple circuit, things end up not working, and I don’t really understand why, so I do have to spend a couple of minutes sketching a design first so that I have set up a nice, clean path from power to ground. I always feel tickled when I end up filling a small sketchbook with ideas on a single theme. I’m not a trained artist, and when I do this exercise it feels like I’m temporarilty role-playing as one. I like the way ideas end up iterating on each other, getting more complex in a way that emerges from simplicity, rather than just getting really big in my head before I have any idea how to materialise them. I started getting very excited about these simple graphical representations with thread that are just enhanced or enlivened by LEDs. It’s a very easy thing to do, and the results are quite dramatic. Meanwhile, I kind of fell out of love with one particular thing I did with the cosmonaut and the leaf, where the leg of the LED stays long and just loops back on itself enough to be secured in place. Although it’s nice to use the LED legs as part of the image, it’s very annoying to have them flapping about while you finish sewing the circuit in place, and they don’t always stay upright even after they’ve been sewn down. Curling them into tight loops is much more practical, though it can get in the way of the image as you see around the iris of the eye, so sometimes a compromise is probably best. Resistor values might be another thing to consider in the future. Using different resistors to deliberately vary the intensity of different LEDs could introduce some depth – or going the other way, LEDs of different colours or types do kind of need different resistor values in order to be as bright as one another. The next things I’ll be playing with are:

I’m excited to be speaking on a panel with Manish Harijan (artist) and Lady Kitt (artist, researcher and drag king) on 13th February as part of a two-day event about art careers at Sheffield Institute of Arts. The theme is “improfessionalism”, which feels fortuitously positioned alongside the “indisciplinarity” theme of the event at King’s College that I got to speak at last year.

While ‘professionalisation’ suggests the positive, necessary steps to becoming an artist, there are ‘improfessional’ practices that exist at an off-kilter relation to this imperative. Outside of the professional / unprofessional binary, what else do artists do, feel, or think as they build their portfolio, write their grants, or get on with these obvious tasks? And as both a direct or dissonant response to our art-making lives, what modalities of survival and thriving do we develop? How do we – or don’t we – maintain the balance, health, and motivation necessary to keep going as supposed art professionals?

I’m going to expand the talk I gave for the “indisciplinarity” event into something that delves even more into queer theories about time and life paths. There will probably be some Buddhist philosophy in there too, and I’m going to glance a little at the void by offering some thoughts on how to role-play as though there will be a future even though the world as we know it seems so fragile.

The whole two-day event schedule looks excellent, seems like the event will involve blending pragmatic questions with critical theory. Please check it out:

This weekend, Jennifer Booth will be facilitating a workshop for the Cis Penance project, as part of NEoN Festival. We did a similar workshop this summer in Sheffield – the goal is to work collaboratively with LGBTQ+ folks to create a piece of visual artwork reflecting queer life paths and our relationship to time. This version of the workshop is going to have an extra element, incorporating tech toys such as a line-following robot or electroconductive ink, to further play with representations of systems, glitches, and discontinuity. Please come join us if that interests you and you’re in town.

Our Favourite Places is a site that reviews cultural stuff in Sheffield, and is an incredibly helpful resource that comprehensively covers all kinds of venues, events, and local businesses. This week they have published a lovely little profile of my work:

Speaking of interviews, but going in the other direction, where I’m the one asking questions: I’m keen to get more trans interviewees lined up for the next two weeks at Site Gallery. Give me a shout if you’re interested: zoyander@gmail.com

Having returned from a fascinating and disorienting residency in Belfast (I’m still looking for interviewees from Belfast by the way) I’m now back in my own studio preparing work for the forthcoming work in progress show at Site Gallery this August. I’m going to show the interactive portrait cushions as well as some newer work that is still taking shape – a big part of my aim for the show is to start conducting interviews with transgender people in Sheffield, so please get in touch if that aspect interests you. The other Freelands artists are also preparing brilliant work that I’m super excited about, and we’ll be sharing an activity space for improvisation, exchange, and play. See some details here.

Platform 2019 highlights the work of the first five artists on our Freelands Artists Programme – a rolling five-year initiative supporting two-year paid residencies for emerging artists in the Sheffield City Region.

Our Platform artists will be delivering family-friendly workshops over August based on their work. Children and their families will have the opportunity to explore the artists’ creative process and make their own artwork in response.

The second year of the programme opens to applications on Monday 3 June.

Docfest is about halfway done,
and it’s been so lovely so far.
The Interactive Portrait Cushions
are hung right of the entrance to
the exhibition space, and I’ve had
great conversations with people about the unique pleasures and challenges of handmade computers.

I just finished a panel discussion with IP Yuk Yiu about his piece, to Call a Horse a Deer, comparing our approaches to simple interface design for conceptually complex works.

On Tuesday I will be on a
panel with Georgie Pinn in the
context of a series of discussions
about ecological and environmental
issues. I’m very excited that this
provides the opportunity to talk
about how computer media and
empathy discourse relate to bigger
global issues such as resource extraction, and waste flows to the global south.

This piece is titled “Interactive Portraits: trans people in Japan” inside each pocket is a games console. By @zoyander “A playful representation of transgender people from Japan, this cybertwee experience uses the nostalgic style of early gaming to create a connection with its contributors” #docfest #trans #game

I’m going to embarrass myself this Saturday by performing a Karaoke version of Sara Ahmed’s “Feminist Killjoys” to the tune of Chiquitita (I haven’t called it Critiquita, but gosh that seems like a missed opportunity now). Details below.

Join us as we mark the closing of Re-collections with Crit-a-Oke – a free cabaret event featuring live performances, projections and karaoke.

Crit-a-Oke feels like a late night party lecture. Squashing art criticism, theory and academic texts into a karaoke blender and sipping on the thinky musical smoothie that drips from the other side.

Ask, “Does your Mother Know” about John Berger?

Get thoughtful and dancey all at once as Sheffield’s artists and thinkers perform their favourite arty texts as you’ve never heard them, to the songs that you (probably) know.

Specially created visuals projected during the performances will reference Site’s lifespan from 1979 to the present, with contributions from Society of Explorers.

Performing on the night:

Kollective Coffee and Kitchen will be open late serving refreshments.

Crit-a-Oke is brought to you by Tžužjj – a curatorial project between Louis Palliser-Ames and James Harper.

Interactive Portraits has been selected for the Sheffield Doc/Fest Alternate Realities exhibition at the Site Gallery! Check out the other pieces in the show here: https://sheffdocfest.com/films/interactive

Mine isn’t the only piece portraying LGBT issues. My Mother’s Kitchen by Maeve Marsde and Tea Uglow is an interactive documentary based on interviews with eight LGBTQI+ people, that takes shape around domestic spaces. Through the Wardrobe by Rob Eagle is an augmented reality installation centering on clothes and gender expression. Another Dream by Tamara Shogaolu is a Virtual Reality piece about a lesbian couple from Egypt who have to figure out what to do in the wake of post-revolution attacks on the community.

I’m excited to see To Call a Horse a Deer in the nominations for Best Digital Experience – I played it at AMAZE and found it very distressing and compelling. It’s not AR, VR, MR, or whatever, it’s just a lo-fi text-based game that gets into your head and alters reality for a little while. It sort of hypnotised me into a conceptual sensation I haven’t felt before, except perhaps when I was catatonic with depression – though the content isn’t actually depressing or overwrought in any way. Putting that weird sensation in the context of a representation of state oppression is fascinating – I always associate fascism with the stirring up of popular passions, but this is portraying something else, a kind of enforced dissociation.

This is a short documentary that I made a while ago but never published, about a collection of videogames that has come to be used to teach students at UC Irvine.

Back in 2017, I recorded a load of footage for a series of short documentaries about people who curate and archive games. I have a page for the whole series here.

Some stuff got published on sites that briefly had a budget for freelance video, but there were multiple issues that led to the series never finishing. Three of them were hosted by a website that technically isn’t really running anymore, and I don’t know what the future fate of their Youtube channel might be, so I’ve been uploading them to Vimeo.

The one I uploaded today never got published before – with this done, I have one more left to finish before this particular unfinished project is finally tidied away!

Interactive Portraits: Trans People in Japan is going to Now Play This festival at Somerset House in London this April! It’s going to be shown alongside work by absolutely incredible artists including Brenda Romero, Tale of Tales, Harry Josephine Giles, and Sokpop Collective – an overwhelming thing to contemplate, so I’m trying not to think about it. 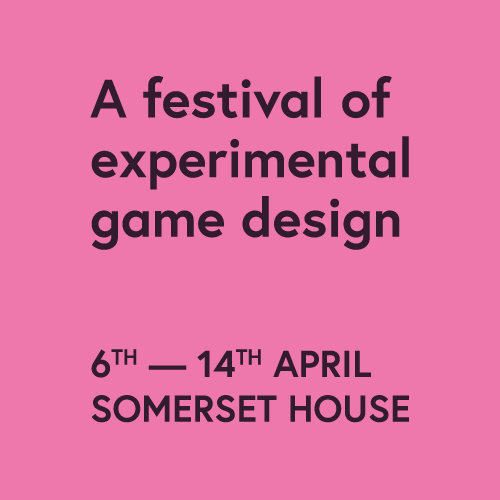 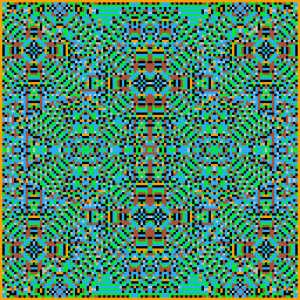 Zoyander Street
Create a free website or blog at WordPress.com.